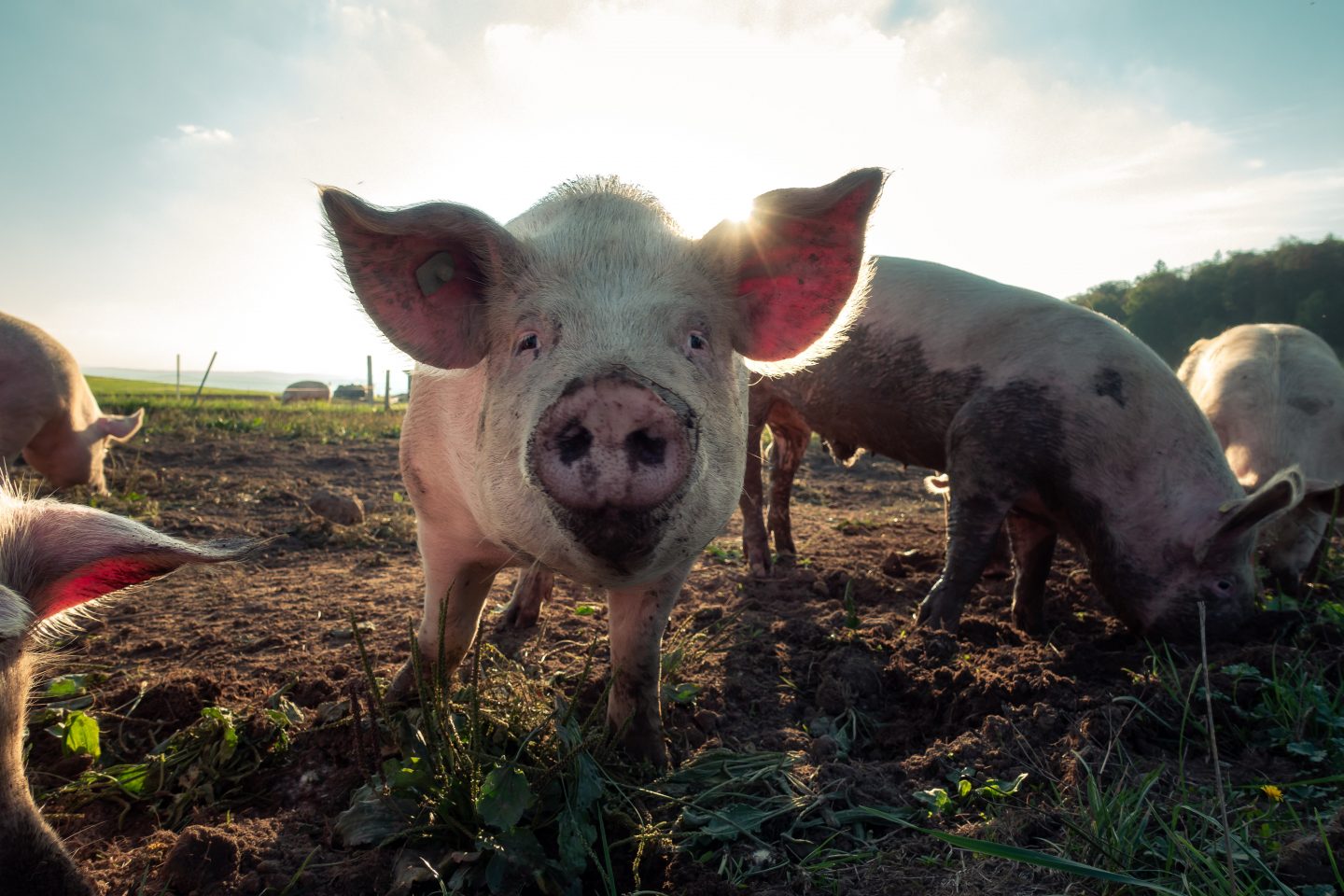 Photo by Pascal Debrunner on Unsplash

This Ugly Sow descended of that boar

Whose death the Queen of Love did so deplore.

Yet now you see she’s wallowing in the mud.

So, penitence and penance some no more,

Do value then to sin on a new score.

Thus like the dog they too their vomit turn,

Licking that filth up which they seemed to spurn.

But those which loathingly their sins deplore

Being cleansed if possible with sin no more.

But as the Ermrine which you see pursued

By those which long to have their chaps imbrued

In innocent blood by Nature is induced

With such a loathing of impurity

Rather than over a dirty place she’ll fly

She’ll yield unto her cursed foes and die.

So she that knows herself to be God’s Child

Will die a Thousand Deaths or be defiled.

She knows her saviours guiltless blood did flow,

To wash her sinful soul as white as snow

Whilst others Hoglike tumble in the Mire.

Salvation for a Thousand Deaths

By Kaitlyn McGarry and Andre Dorado

In “A Thousand Deaths”, George Mueller claims there is a way to live a full and complete life. The teaching of salvation requires sacrifice and selflessness, which leads to a life of purity and a close relationship with God.

From George Mueller, “A Thousand Deaths”

“one that overflows with the blessing of God, is a life emptied of self-will, self-love, and self-ambition.”

In order to live a fulfilled life, one must suffer emotionally over and over again while improving their character and morals.

By Kaitlyn McGarry and Andre Dorado

Pulter mentions alternate names for pigs to separate their genders. Mimicking the characteristics and actions of a pig in the poem, pigs are portrayed as dirty, ugly, and filthy in attempts to revive the stereotypes that pigs are disgusting animals. Even if pigs are only farm animals, its comparisons with behaviors and looks are usually associated not as compliments, but as hurtful connections.

From the Oxford Reference: “Sow”

“An animal of the Sus family, domesticated from wild boar and farmed for its meat. A female pig is a sow, a male pig is a boar, and the young are called piglets. The building in which pigs are kept is a piggery, and someone who looks after pigs is called a pigman. The pig is an omnivore, but rations fed on the farm are based on cereals and a protein source such as soya bean. Pigs reach sexual maturity at six to eight months of age and, with a gestation period of 115 days, are capable of having more than two litters of piglets each year. A litter might be as many as ten piglets, so a single sow can produce up to twenty-five piglets per annum. A weaner is a young pig that has been weaned off its mother’s milk and is transferred from a rearing to a finishing unit. A gilt is a young female that has yet to give birth. Whilst the traditional breeds of pigs are still kept on specialist farms, most pigs today are the result of extensive selective breeding. The meat from pigs is used in a variety of ways. Pork is the fresh meat and may be sold as such or processed into sausages. The meat may be cured, when it becomes bacon, gammon, or ham. Pigs are also known as hogs in certain parts of the world, notably North America, and the term ‘hog roast’ is more generally used as the term to barbecue a whole pig, usually on a spit.”