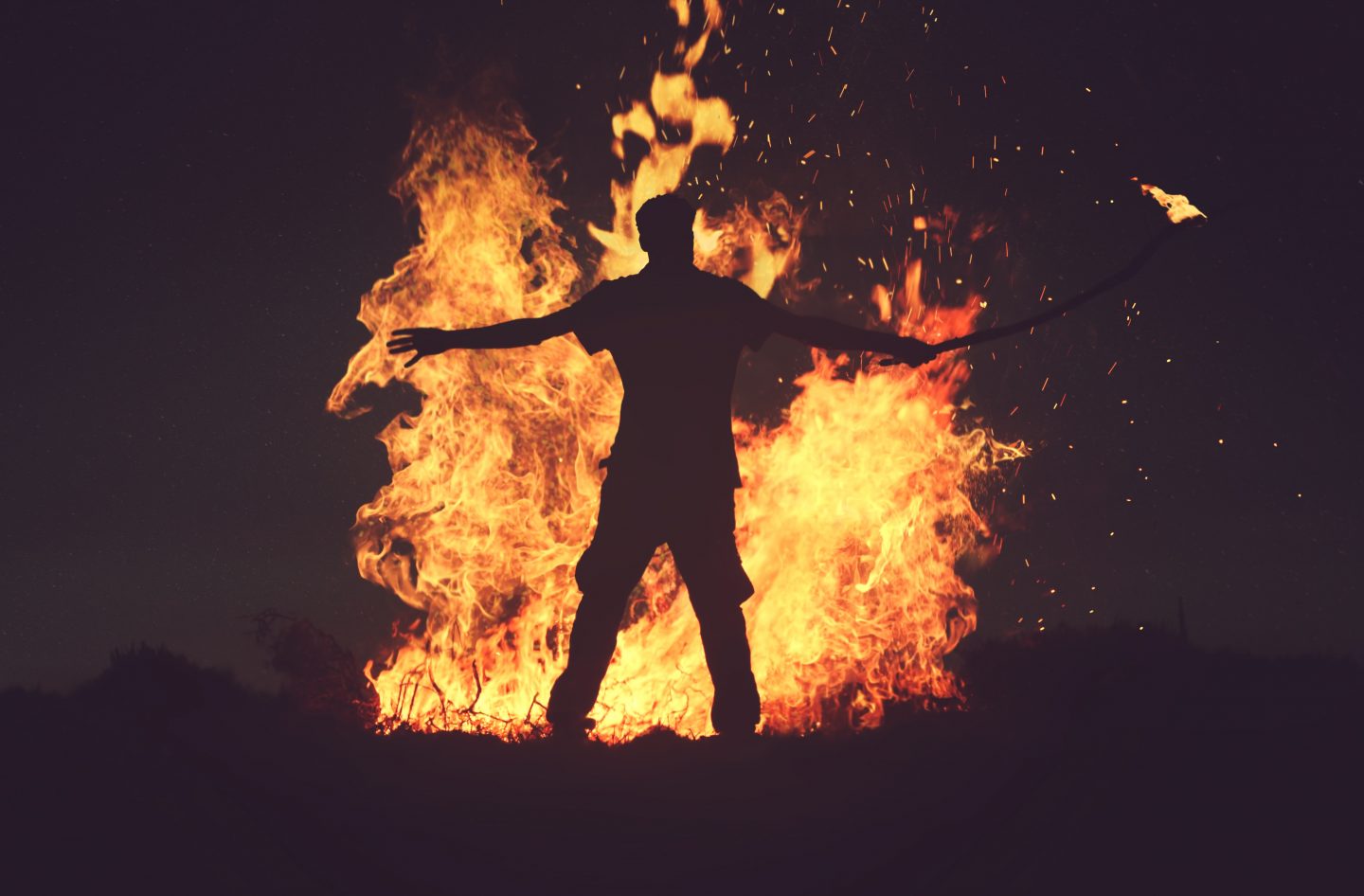 Photo by Mohamed Nohassi on Unsplash

Vain Herostratus was so fond of fame,

He set this sacred Temple on a flame,

That stately structure which was so renowned,

And for the Image of Diana Crowned,

Which fell from Jupiter, whom they implored,

Whom Ephesus and all the world adored.

Thus some out of ambition, some for gain,

Mingle together holy and profane.

So cities, Phanes, and alters, some have burned,

And monarchies into confusions turned.

My Dear Hibernia made this story good

As no edict could make that villain die,

So these are odious to posterity.

Then let me ever have a splendid fame,

Or let me lose Hadassah my loved name;

Then to survive with these in infamy.

What got Antiochus then Epiphanes,

More than the Epithet of Epimanus,

Or what gained Brennus after all his plunder

When he and his men received their pay in Thunder?

Were they not sacrilegious villains both,

Doth not posterity their names one loath?

What pleasure had Belshazzer in his Feast,

Or what his Grandsire when he was a Beast;

One took the sacred Utensils away,

The other praised the Gods of Gold and Clay.

Nor would they be reformed of their error,

Till one was struck with madness their terror

What got camice at Horned Hammons hand,

When fifty thousand men died in the sand.

What will they get that do our Phanes profane?

Sure shame, and horror, will be all their gain.

It is important to learn from the past and not repeat the same mistakes, yet many have failed to follow that rule. They let ego and hubris get in the way, even in the bible. Belshazzar had failed to learn from his father’s failure to respect God, let his hubris take hold, and was forcefully removed from the throne. Belshazzar followed in his father’s footsteps, offending God, by drinking from the sacred vessels. The passage from King James Bible describes four things that shall happen due to this failure.

The King James Bible states the translation of the four things as “And this is the writing that was written, MENE, MENE, TEKEL VPHARSIN. This is the interpretation of the thing, MENE, God hath numbred thy kingdome, and finished it. TEKEL, thou art weighed in the balances, and art found wanting. PERES, thy kingdome is diuided, and giuen to the Medes and Persians. Then commanded Belshazzar, and they clothed Daniel with scarlet, and put a chaine of gold about his necke, and made a Proclamation concerning him, that he should be the third ruler in the kingdome. In that night was Belshazzar the king of the Caldeans slaine.”

Male heroes have continued to act with unloyalty towards their women through mythology, continuing the villainous act of breaking the bonds of marriage during their journeys. In their tale to become one whose name is remembered through history, it is common in mythology for heroes to harm the kindhearted women which they wed. Herostratus follows this trend in burning of the Temple of Diana, destroying the beauty of a goddess to have his names live through history with fame. In including Herostratus’ act, it is highlighted the villainy one will do to gain a name that lasts through out history.

Wherin they have great reason, seeing that histonians in their discourses entreat seldom of the disloyalty of women, but we hear and read in infinite volumes, how their bounty and simplicity has continually been deceived by the malice of their period and changeable lovers: Whereof in manner all the most victorious and famous personages of old time are witnesses, so as throughout all ages the faithless Jason, Theseus, Demophon, Aeneas , and Hercules, are examples of certain proof that the love of men is wandering. And although their worthy act be defiled with the blots of this infamie, yet are they notwithstanding placed among the Gods, yes and their stars honored, and reported to surmount all others in clearness. The occasion wherefore ancient decrees have licenced this crime in men, and so straightly forbidden it in women, the same is because the laws have been ordained and established by men: but that which spitingly me most, is to view this vice so to enlarge his seniority, as the liberty which in times past was only permitted to Princes, at this day is common to every private person, so that nowadays there is none so very wretched, who advanced not his disloyalty with such triumph as if he had obtained some glorious conquest with the riotous disbursing the honour of such as considering their own offence, they are bound to pursue and defend more dearly than their proper life. But alas, as he that desireth to be notorious, when he can not aspire there unto by any virtuous act, done prosecute his intent by mischief, and set on fire the Temple of Diaña , or commit some other villainous fact: even so we daily behold the heirs of our age, seek to make their lives famous in defaming a great number of women. This wickedness had not only place in indiscreet love, or (as I may more aptly term it) in want of disordinate lust, but even in marriage itself, the faith and promise whereof ought to be so holy and inviolable, as the band thereof is straight and permanent.

The Image that Fell from Jupiter

“And when the towne clarke had appeased the people, he said, Ye men of Ephesus, what man is there yt knoweth not how that the citie of the Ephesians is a worshipper of the great goddesse Diana, and of the image which fell downe from Jupiter?”