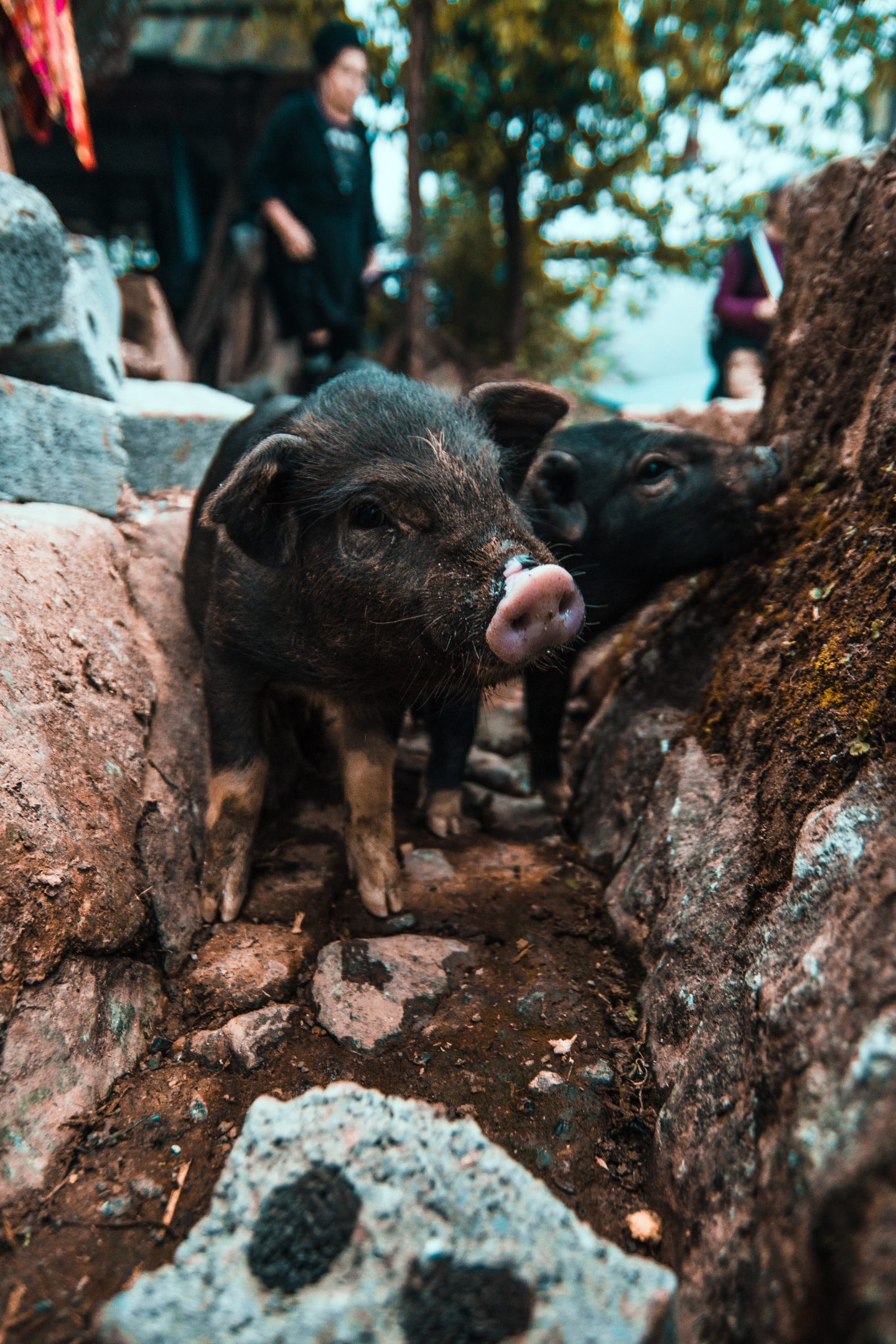 Photo by Remi Yuan on Unsplash

Mark but those hogs which underneath yond tree

Nuzzling and eating acorns you may see

They never cast an eye to those which shake

And never do his bounteous love adore

But swinishly root on and grunt for more

So griping Worldlings shall their wealth increase

And only pray their bags may rest in peace

So grumbling farmers shall turn up the earth

Fearing that every shower will cause a death

Even so voluptuous gallants dance along

Their meetings ending in a drunken song

Which takes a sin then throws her eyes above?

Then turn their thoughts to true Celestial Joy

When hogs his sacred alter come not Nye

Then let the reader try, which best he loves

To imitate base hogs and turtle doves

But as for me is my soul’s sole desire

Developed in the manuscript are the ideas of hogs and turtle doves. Pulter idealizes the simple life of the dove and claims it as her soul’s soul desire. The reference to herself as a dove, therefore the doves being women, leads to the development of hogs representing men. A gallant is a man who fancies a woman in both good and bad ways. The bad ways usually portray them as hogs, especially when drunk.

“He was a gallant of old school,” chivalrous in his conduct to the ladies of his court. “It was a wicked world in those days when drunken gallants roamed the streets.”

Need to get this